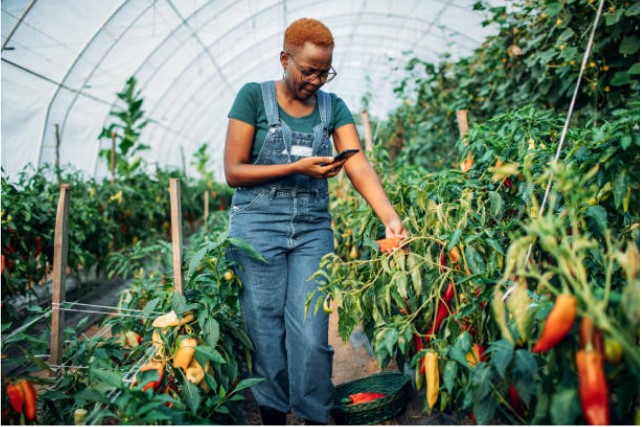 Recently, there have been a number of political pronouncements on the urgent need to reduce the regional Food Import Bill in the Caribbean.

In 2019, Barbados’ Prime Minister, Mia Mottley, directly linked the revival of the Caricom Single Market and Economy (CSME) to a reduction in regional food imports. In 2020, Caricom Heads approved the Proposal of its Associate, the Caricom Private Sector Organisation (CPSO), to reduce food imports by 25% by 2025.

Guyana’s President, Dr. Mohamed Irfaan Ali, at Heads’ Meetings in 2021 and 2022, enthusiastically supported the reduction of the Food Import Bill and the 25×2025 Proposal. He proposed specific initiatives like the Caricom Sustainable Agriculture Facility (CSAF). In 2022, St. Vincent and the Grenadines’ Agriculture Minister, Saboto Caesar Jnr, adopted the 25×2025 proposal.

There were previous Expressions of Intent aimed at reducing food imports. The most renowned of these was in 2004, when three senior regional professionals (including the author) supported then Guyana President, Bharrat Jagdeo, to prepare the Grand Anse “Framework for the repositioning of Caribbean agriculture.” In 2005, it was approved by Heads as the Jagdeo Initiative (JI). The import bill in 2005 was US$1.64 billion. It now approximates US$3.8 billion.

What went wrong? The failure to implement the decisions of Heads. Some major causes (mostly identified as Key Binding Constraints in the JI) of this crippling Implementation Deficit follow.

First, from the 1970s to now, vacillating focus for the development of regional agriculture between reduction of imports and foreign exchange earnings reacting to global influences, such as the financial meltdown and the Ukraine imbroglio.

Second, inconsistent messaging by Heads on the importance of agriculture. Changing from being a “stand alone item” to being subsumed in “economic development” on agendas of their meetings.

Third, inadequate or inappropriate transmission of regional decisions to member states resulting in some key issues being unknown and/or misunderstood within National implementing ministries.

Fourth, limited appreciation that agriculture development is the responsibility of the Ministry of Agriculture and others. For example, major agricultural thrusts need significant numbers of personnel trained at all levels. Similarly, legal affairs must understand the intricacies of and urgency for new/modified legislation.

Fifth, unrealistic responsibility placed on micro, small and medium enterprises (MSMEs) to achieve the increased production required to substantially reduce food imports. There was also limited involvement of the larger businesses: importers, distributors and wholesalers, etc. of food. The resulting minimal interaction led to mistrust. The poultry industry was/is a good example of this phenomenon. CPSO can reduce this mistrust by promoting inclusivity and, as needed, mentoring.

Eighth, inadequate intra-regional transport. It can be easier and cheaper to ship commodities to Miami than within the region.

Ninth, limited access to commercially available finance because of an inadequacy of “bankable projects.” Interestingly, CPSO has initiated preparation of Business Investment Cases. MSMEs don’t have such capacity.

The CSAF, through Republic Bank, adds US$100 million as a special credit facility “designed for agricultural activities, including development of priority crops and capital equipment for farming, feeder roads, bulk storage, processing plants and shade houses” with a reported 5-year repayment period and 2.5% annual interest. Notwithstanding, these funds appear best used by Governments to provide critical infrastructure, including feeder roads and customised seaports to facilitate bulk transport of grain regionally.

There exists a global food shortage which can worsen as, additionally, some countries are stockpiling for their own use. Further, a recently published survey, commissioned by Caricom Secretariat and World Food Programme, has estimated severe food insecurity in the Caribbean to have increased by 72% since the onset of COVID-19.

The region’s food and nutrition availability is seriously threatened. Prime Minister Mottley and President Ali must ensure realisation of then Lead Head Jagdeo’s 2011 pronouncements that the region must be more proactive than reactive; be more cohesive and coordinated; and show unwavering political will and bold action.

The region must produce substantial amounts of its food. The role of Guyana and Suriname, the region’s latest oil and gas beneficiaries, is paramount. Along with Belize, they are the only ones with land masses (but relatively small populations) for sustainable production of corn, soya, beef and vegetable oils: major imports.

Similar developing countries have suffered from the “resource curse” with weakened non-oil sectors, including agriculture, experiencing reduced competitiveness for human and financial capital.

The responsibility for expanding the Guyanese and Surinamese agricultural sectors for a sustainable post oil and gas economy resides with both the Governments and the involved private sector.

Companies, such as, SBM, Exxon, CGX, Schlumberger and Halliburton, through strategically aligned Corporate Social Responsibility programmes, will directly impact reducing regional food imports as they support Guyanese and Surinamese agriculture through programs to support indigenous agriculture and rural business development. The announcement that a large and modern port facility will soon be under construction in Guyana at Vreed-en-Hoop to help support the oil industry is a promising step towards making it easier to export Guyanese agricultural products in bulk, but additional government investment in facilities specific to agriculture will be crucial.

Some suggestions to address major challenges to reducing food imports, which can contribute in the short to medium term, to the sustainability of commercial initiatives identified at the Agri-Investment Forum and Expo, Guyana, May 19-21, follow.

First, the region’s objective must be food sovereignty: its collective ability to produce the majority of its nutrient requirements for its resident (18+ million) and tourist (32+ million annually) population. Production and marketing (quality, safety and reliability) standards (similar to those for exports) must be maintained.

Second, consistently unanimous messaging by Heads placing agriculture on the “front burner” and tangibly supporting the 25×2025 proposal on every occasion, including through the strategic allocation of oil revenues to worthwhile development projects, in Guyana’s case.

Third, policy and decision-makers recognising that agricultural development is the responsibility of the “entire society.” Hence, when Heads appoint Agricultural Ministerial Task Forces, complementary subject Task Forces must be identified to participate in linked decisions.

Fourth, establishment of national agricultural liaisons within the Office of Presidents/Prime Ministers to explain regional decisions, monitor and report on their implementation. Meaningful and timely adjustments can be made.

Sixth, coordination of timely, result-oriented research for development so as to facilitate the enhanced productivity throughout the value chains. This is a role for CARDI, the region’s only owned R&D entity. However, it must be adequately resourced; must improve its efficiency; and expand its role to include coordination of activities within the region throughout the value chain by means of a Consortium; and intra-regional dissemination of relevant global results.

Seventh, the development of capacity (a) to prepare bankable projects, including de-risking options, particularly for MSMEs and indigenous peoples, (b) for CAHFSA to rapidly conduct agreed and enforceable Pest Risk Analyses, (c) to establish a Regional Information and Intelligence System, and (d) to prepare an action plan to address critical issues within the CSME, such as, movement of capital, and contingency rights, which are critical for successful cross border agricultural investment.

Eighth, Presidents Ali and Chandrikapersad Santokhi of Guyana and Suriname, respectively, to invite their major oil and gas companies to, in a coherent fashion, support minimisation of the chances of their countries suffering from the “resource curse” by aiding, wheverever possible, in initiatives to build other sectors and foster entrepreneurship.

This self-sustaining financial support should be used for critical developmental (not for profit) activities, as exemplified in the two previous paragraphs. It could be in the form of (i) a Trust Fund (as was the case of the Caribbean Court of Justice) and (ii) reducing annual subventions. It could possibly be managed by either the Caribbean Development Bank or the CCS (Caribbean Community Secretariat ).

President Ali and Prime Minister Mottley, supported by the CCS and involving the peoples, must lead this urgent “business unusual,” “all of society” approach if they wish to achieve their goals of the 25×2025 proposal and a vibrant CSME. 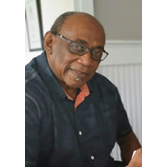