This article opposes the suggestion that Guyana should not proceed in developing its oil and gas sector as the country’s contribution to global reduction in greenhouse gas emissions. It posits that those revenues (earned by both the public and private sectors) are needed to finance a “transformational” Programme to develop a climate resilient agriculture sector. It is developed within the following context: 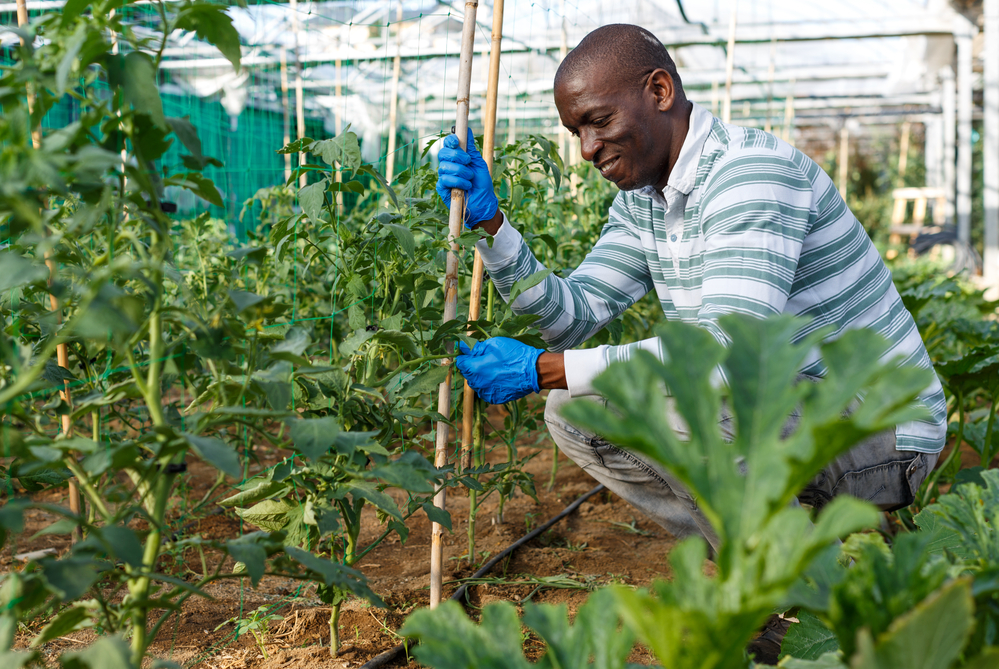 Firstly, Guyana will continue to maximise its potential revenues from the exploitation of its recoverable oil and gas resources. The suggestion that it does otherwise, so as to contribute to the global reduction in greenhouse gas emissions, has been effectively “rubbished” by many, including internationally renowned Guyanese climate change expert, Dr. Ulric Trotz. In a recent University of Guyana (UG) webinar, he noted that promised funds from the developed world, to assist small island developing states and low-lying coastal developing states (SIDS), like Guyana, to take necessary adaptation (and mitigation) measures, were not readily forthcoming. In addition, it is generally agreed that oil and gas will have a key role in meeting the goals (particularly transitional) of the Paris Agreement.

Secondly, at a recent (June 2022) meeting of Caribbean Heads and the United States President, food security and energy security were identified as two of three priorities for urgent collaboration. The importance and interrelationship of these two areas cannot be overstated. Energy security relates not only to oil and gas but also to downstream commodities, including fertiliser. Therefore, it is critically linked to food security whose achievement is directly related to sustainable climate resilient agriculture.

Thirdly, Guyana has been subjected to many extreme weather events. For example, floods in 2005 and 2021 and serious droughts in 2014 and 2015. There were serious negative consequences, such as reduced food production; poor human health, linked to inadequate nutrition and disease spread; damaged ecosystems and infrastructure; emotional/mental trauma and consequential reduced worker productivity.

Fourthly, the majority of Guyana’s socio-economic activities resides in its economically important, low-lying (mostly below sea level) narrow coastal plains with 90% of the population and the most important productive sectors. These include agriculture with key commodities – sugar, rice, poultry, root crops and vegetables.

This important transformational Programme must be “All of Industry”, “All of Government” and “All of Society”. That is, all-inclusive collaboration.

With respect to “All of Industry”, to date, the ExxonMobil-led Stabroek Block Consortium has projected its recoverable resource at 11 billion barrels of oil equivalent (boe). With the current world prices (discounted 20%), the estimated value approximates US$0.8 trillion, the profit from which is to be shared between the Government and the three companies. In July 2022, Christopher Ram, based on audited accounts, reported that in fiscal year 2020, with only one floating production, storage and offloading vessel (FPSO) operational and production in its infancy, (a) the three consortium companies had a total gross revenue of G$545 billion with an after tax profit of G$353 billion, and (b) the Government’s was G$351 billion.

Consequently, the Government can’t have sole financial responsibility for this Programme. The private sector should be an integral part of this initiative to minimise the resource curse.

It is critical that the private and government sectors, in supporting achievement of a climate resilient agricultural sector, undertake “soft” and “hard” activities, respectively. Some of these activities are identified in the Government’s draft Low Carbon Development Strategy, 2030.

The Consortium recognises its need to participate in “soft” activities to support the country’s sustainable development. Exxon supports the “sustainable economy through investment in education, research, sustainable management and conservation of the country’s vast ecosystems” and Hess is undertaking the “development of World Class healthcare in Guyana”. There is no direct linkage to climate resilient agriculture although Exxon supports “the work of UG’s greening research and innovation centres”.

It’s recommended that these companies could support “soft activities”, such as planning, education and research for development. Climate change will cause many alterations to plant and animal life that require documentation, examination, planning, analysis, dissemination, and training for the successful implementation of this transformational Programme. Technical areas will include (a) plant breeding, to obtain new varieties of open field crops that are tolerant to salt (because of the rising sea level), higher night temperatures and increased regularity of extreme wet and/or dry periods, (b) integrated economic pest management with increased levels of insects and diseases following droughts and floods, respectively, (c) agronomic practices to facilitate sustainability of protected agriculture, (d) improving the contribution of value added components along the value chains, (e) management/conservation of internal water resources with possible lower water tables particularly in non-coastal zones, and (f) optimisation of appropriate information technology (IT) and “smart” agriculture.

With governmental agreement, a company can develop “parental” relationships with one or more of the following institutions, National Agricultural Research and Extension Institute (NAREI), Guyana Livestock Development Authority, relevant Departments within UG, and Guyana School of Agriculture (GSA), so as to enhance their human and physical capacities at planning, laboratory and field levels. The “twinning” arrangement, introduced by Hess for its relationship with the public health sector, can be examined. Potential candidates are the Universities of Florida and Tuskegee with longstanding relationships with Guyana.

As mentioned earlier, the Government could undertake “hard activities” requiring significant institutional, human, and capital resources. These would include (a) sea and river defence, (b) drainage and irrigation, (c) land management/settlement, (d) physical infrastructure, and (e) possible institutional realignment. This requires an “All of Government” approach with unanimity to allocate significant sums from the Natural Resource Fund for this “transformational” Programme. The current expressions, at all levels of Government, of the importance of and necessity for a sustainable climate resilient agriculture must continue.

These activities, particularly sea and river defence and drainage and irrigation, to be concentrated on (not confined to) the coastal area because of its dense population and economic, including agricultural, importance.

Extensive commercial cultivation of inland fish, shrimp, rice, and sugarcane, recommends itself. With effective technical and administrative management, the selected commodities can be profitably marketed. However, importantly they will assist in establishment of the other three pillars, social, environmental, and institutional, of sustainable national development. These cultivations are providing a public good. They could be recipients of industry incentives and be beneficiaries of major special infrastructural works, such as, feeder roads and regional conservancies in addition to traditional activities like sea and river defence.

Such preferential treatment is not unknown. For example, in mountainous countries, farmers at the upper level of watersheds have been incentivised to follow good agricultural practices such that communities at lower levels access usable water. The public must be sensitised to understand and appreciate that this preferential treatment is necessary for sustainable national development in the medium to long term. Therefore, the “All of Society” approach must be put uppermost on the national agenda.

Major agricultural land settlements, except for those needed to contribute to economic optimisation of the capital-intensive infrastructure, is not recommended for the coastal areas. Indeed, humane efforts may be required to resettle farms that are climatologically determined to be subject to repeated and unavoidable floods.

In summary, it is recommended that Guyana maximises its oil and gas revenues with a significant allocation to the development of a climate resilient agricultural sector. The recommended “transformational” Programme is concentrated (not confined) to the economically important low-lying coastal zone. It will facilitate sustainable national development by testing and strengthening all four pillars, including institutional which is normally not so identified but is the glue that binds the others. This transitional programme has characteristics that could contribute to having an economically stronger Guyana, particularly with respect to its agriculture and food sector, and, by extension, regional food security. Therefore, it requires “All of Industry”, “All of Government” and “All of Society” approaches.

Note: This article was also published in https://oilnow.gy/opinions/oil-and-gas-revenues-and-their-role-in-developing-climate-resilient-agriculture-in-guyana/

Dr H Arlington D Chesney is a leading Caribbean Agricultural professional who has served his country, the Caribbean and the hemisphere. He is a Professional Emeritus of the Inter-American Institute for Cooperation on Agriculture and, in 2011, was awarded Guyana’s Golden Arrow of Achievement for his contribution to agricultural development in Guyana and the Caribbean.