What binds these stories? Agriculture and food. How? Take the first article. In writing for The Hill, Jianli Yang concluded that a “shortage of food” could bring China, a rising economic and military superpower, to its knees.

In Newsday’s FT Farfan article, Ken Chee Hing reported that the company has rebranded its Arima outlet into Agri World to focus exclusively on the agriculture, lawn and garden sector in response to the boost in local interest in home gardening.

Reporter Andrew Gioannetti, in the other Newsday article, describes businesses in Trincity Mall being forced to close permanently, due in part to the covid19 lockdown of non-essential businesses.

In the FT Farfan article, the Arima store rebranding is framed by Sandy Samnarine of the ALG Division of FT Farfan Ltd as “a movement away from survival gardening to a profitable farming business while respecting our resources, our people and our environment.”

The need for the transformation of agriculture and food systems

This statement captures past and current challenges in the Caribbean region since the 1996 Regional Transformation Programme (RTP) on Agriculture, and the several other regional policies, strategies and plans that followed.

All these, in an effort to modernise the sector by promoting the widespread adoption of good and improved agriculture practices based on a blend of traditional knowledge, science and innovation and, in particular, changing farming systems to enhance rather than deplete and degrade the very environmental resources that it depends on – healthy soils and clean water.

This transformation is needed now more than ever to build resilience to climate change and provide food for nutrition. That is key to good health in the midst of a public health pandemic.
In 2020, where it appears that the slower-moving manifestations of climate change and the rapid effects of covid19 are converging, Samnarine’s statement also finds relevance in explaining the current impacts of the pandemic on the business sector. Gioannetti reports that the Trincity Mall faced a pre-existing condition which weakened its resilience to the covid19 economic fallout – liquidation of CL Financial and Clico assets.

A takeaway from this situation could be that most of these businesses were marketing what are considered non-essential goods and services. In economic theory, these are typically described as “wants,” or aspirational and luxury goods.

As is common practice in Trinidad and Tobago, in times of economic crisis people tend to spend their limited funds mostly on what is essential for survival, what economic theory describes as “needs” – food, medicines, housing, education. As covid19 business-thinning and belt-tightening take shape, spending on “wants” tends to be sharply and significantly reduced, which, unfortunately, form a significant share of mall store offers.

Perhaps the story there is to invest and/or diversify into goods and services “needs” that can better survive economic crises.

Returning to the land in times of crisis is a definite historical behaviour, as is being seen in a resurgence of interest at all levels of the society to grow one’s own food, even at the level of the Prime Minister. This trend is shared across the Caribbean and the rest of the world.
In his opinion piece for The Hill, Yang indicated that “Chinese President Xi Jinping recently launched the ‘Clean Plate’ campaign to ensure that food supplies do not deplete quickly and bring about a repetition of the 1959 Great Famine in which millions of people starved to death.”

Yang’s piece warns of a pending food crisis in China, due to massive floods, unprecedented since 1939, in its rice and other agriculture-producing areas, with experts warning that the worst may be yet to come. Manifestations of extreme climate variability and climate change perhaps?

The importance of investing in agriculture

These three news articles point to the importance of investing in the agriculture and food value chain, since, as it is often said, people must eat. People are also making a clear choice to let food be their medicine, due in part to the more aggressive promotion of good nutrition in enhancing resilience to and recovery from covid19.

The Inter-American Institute for Co-operation on Agriculture (IICA) applauds all those who have and continue to invest in agriculture and food production in  Trinidad and Tobago and the rest of the Caribbean, particularly the many micro and small agripreneurs who link directly with and add value to local farm produce.

For decades, Caricom countries have been encouraged to increase the level of both public and private sector investment in agriculture. In Trinidad and Tobago, there is much speculation as to whether the great resurgence in national interest in agriculture and locally produced agri-food products will be reflected in the 2020/2021 budget allocation to the agriculture sector. Whatever the outcomes, two things are clear.

Firstly, that agricultural development cannot be solely dependent on the budget allocated to agriculture. As economic theory and practice confirm, a number of major influences on agriculture’s development exist outside of the sector and the issue, therefore, should be on whether these influences are well recognised and accounted for in the overall national budget in a manner that complements the specific allocation to agriculture.

Secondly, as stated recently by the Minister of Agriculture, Land and Fisheries, it is not how much budget is allocated, but how well the allocated budget is utilised. In some instances, as is seen within IICA’s management of its own resources for technical co-operation, a lot can be done with limited resources, once it is well targeted and efficiently managed, including collaborating and co-ordinating with strategic partners.

According to a recent observation of the IICA director general, Dr Manuel Otero, increasingly agriculture development support institutions are being called upon to do more with less. Doing more with less has been the experience in agriculture in the Caribbean for decades. This may well continue to be the case in this new reality of global economic pressures arising from a double whammy of slow-moving climate change impacts and lingering effects of the rapidly evolving covid19. 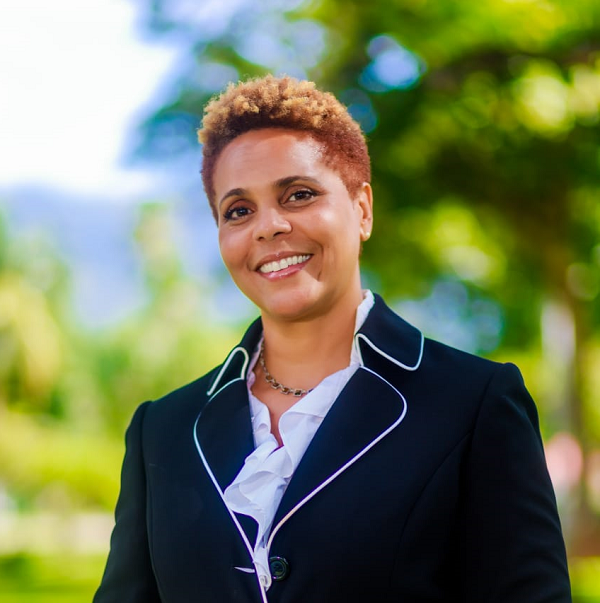 This article appeared originally in Newsday