The ninth edition of the report THE OUTLOOK FOR AGRICULTURE AND RURAL DEVELOPMENT IN THE AMERICAS: A Perspective on Latin America and the Caribbean has been launched an it is the result of a joint effort by the Economic Commission for Latin America and the Caribbean (ECLAC), the Food and Agriculture Organization of the United Nations (FAO) and the Inter-American Institute for Cooperation on Agriculture (IICA).

The editorial coordination of this publication was in charge of Joaquín Arias (IICA) and was co-led by Adrián Rodríguez from ECLAC and Luiz Beduschi from FAO.

We must recognize the 30 technicians from the three institutions who participated actively making contributions to the development of the various topics discussed in this report. The special chapter that this year dealt with digitization in agriculture, promoting and accelerating digital transformation in the post-pandemic period, was led by Federico Bert from IICA.

The report, through an interdisciplinary, comprehensive and intensive approach in the use of statistics and evidence, highlights the central role of agri-food systems and the actions necessary for the rural and agricultural transformation of Latin America and the Caribbean in the post-pandemic recovery scenario of COVID-19.

The following are the most outstanding messages from the directors of ECLAC, FAO and IICA at the launch of the report during the 2021 Conference of Ministers of Agriculture of the Americas and the Twenty-First Regular Meeting of the Inter-American Board of Agriculture (IABA).

We had the privilege of transmitting the prerecorded presentation of Ms. Alicia Bárcena, ECLAC executive secretary, who spoke to us about the global and regional context, chapter two of the report, marked by the pandemic caused by COVID-19, which has affected Latin America and the Caribbean more than any other region in the world, both in health and economic terms.

Here are the most important messages from Ms. Bárcena's speech:

Next, we had the honor of listening to the pre-recorded presentation of Mr. Julio Berdegué, FAO Regional Director, who presented the third chapter of the joint report, focused on agricultural transformation in the face of the challenges and opportunities of the post-pandemic scenario.

Here are the most prominent messages from Mr. Berdegué's speech:

Last but not least, we had a presentation by Mr. Manuel Otero, IICA Director General, who focused his reflections on the special chapter of the Joint Report that this year addressed the issue of the digitization of agriculture as a means to promote and accelerate the recovery and post-pandemic transformation of agri-food systems.

Here are the most important messages from Mr. Otero's speech: 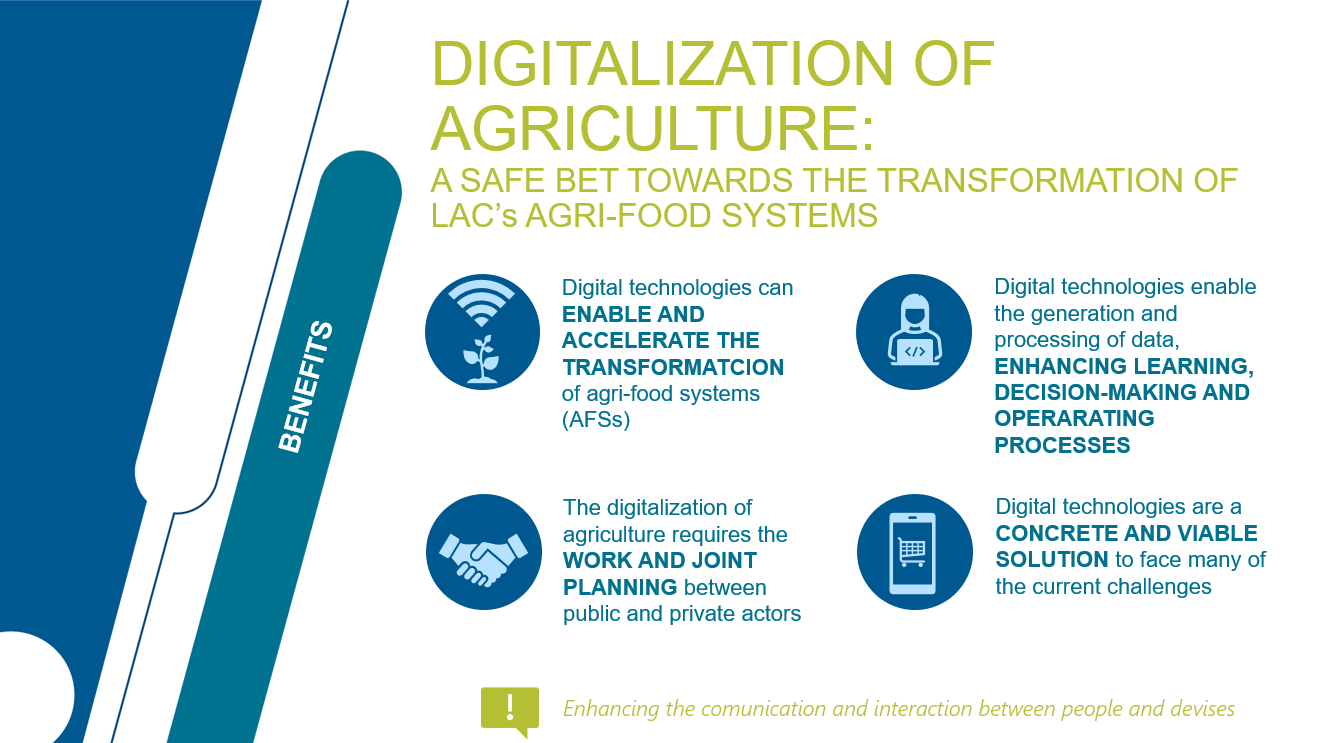 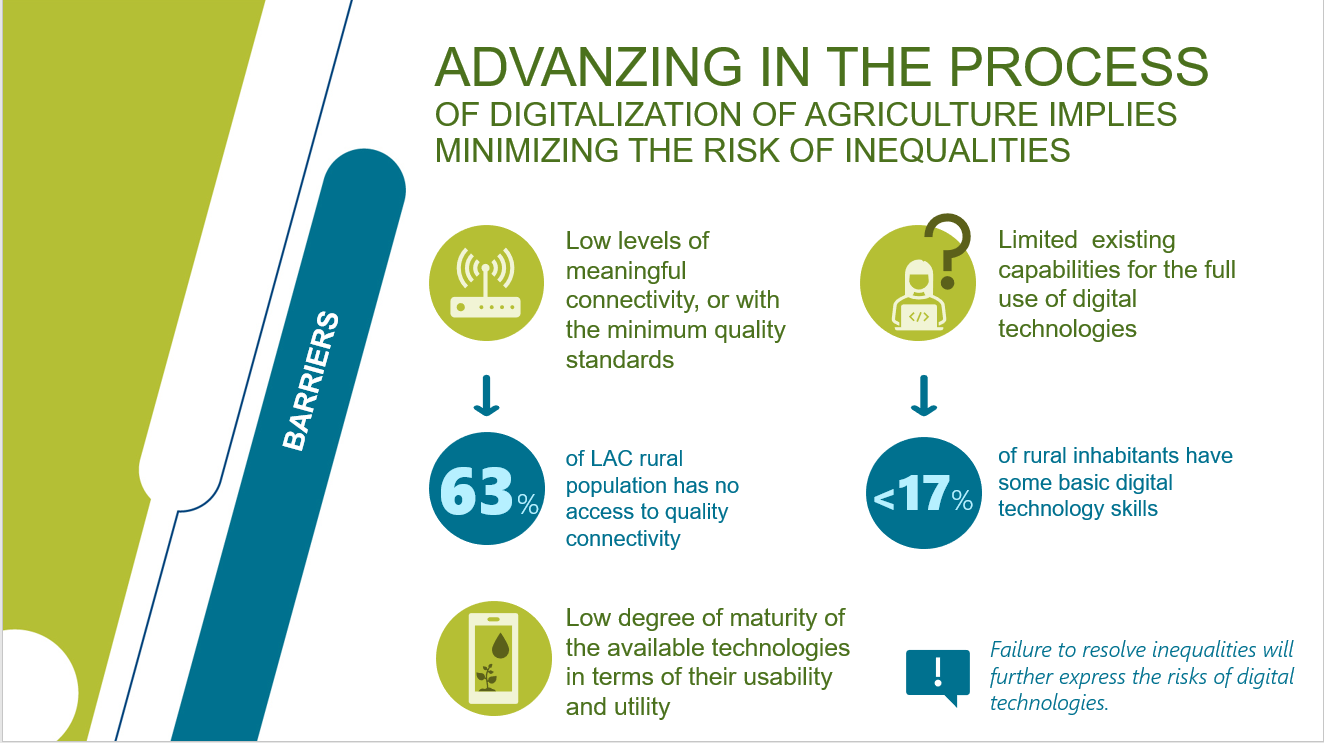 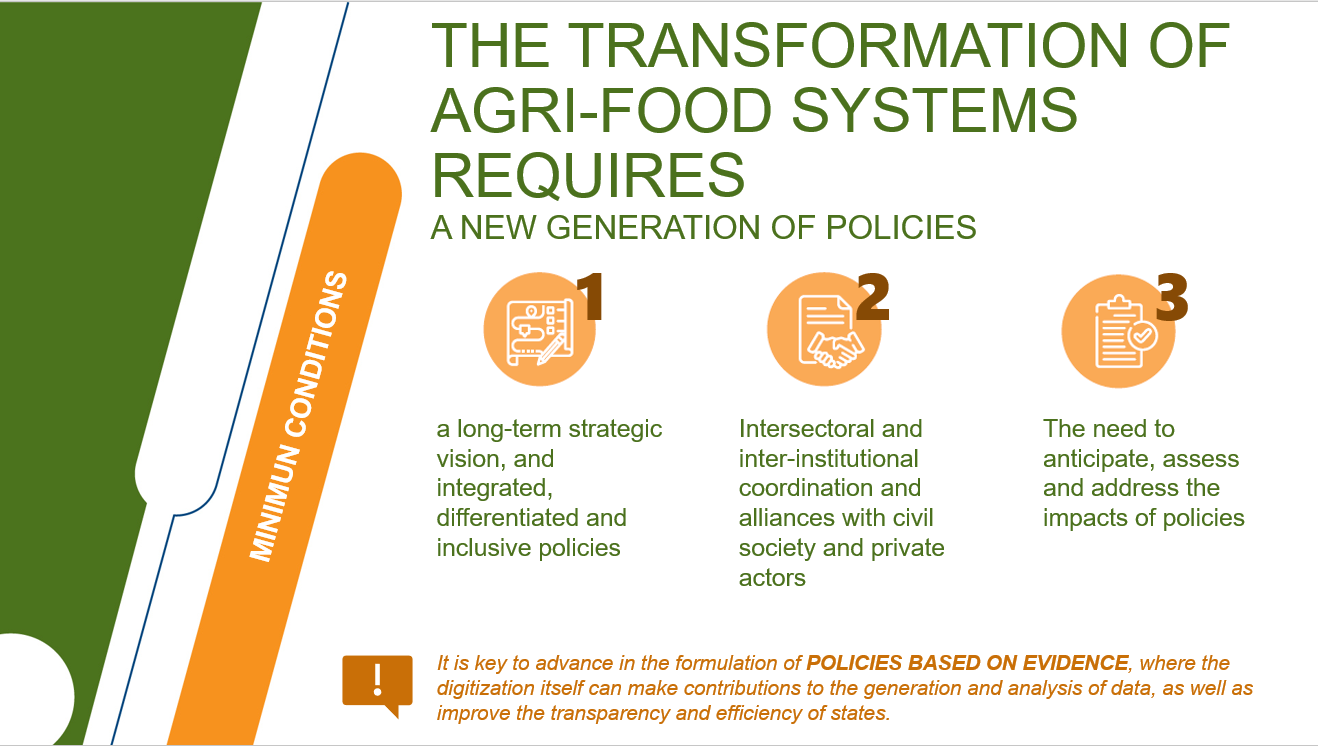 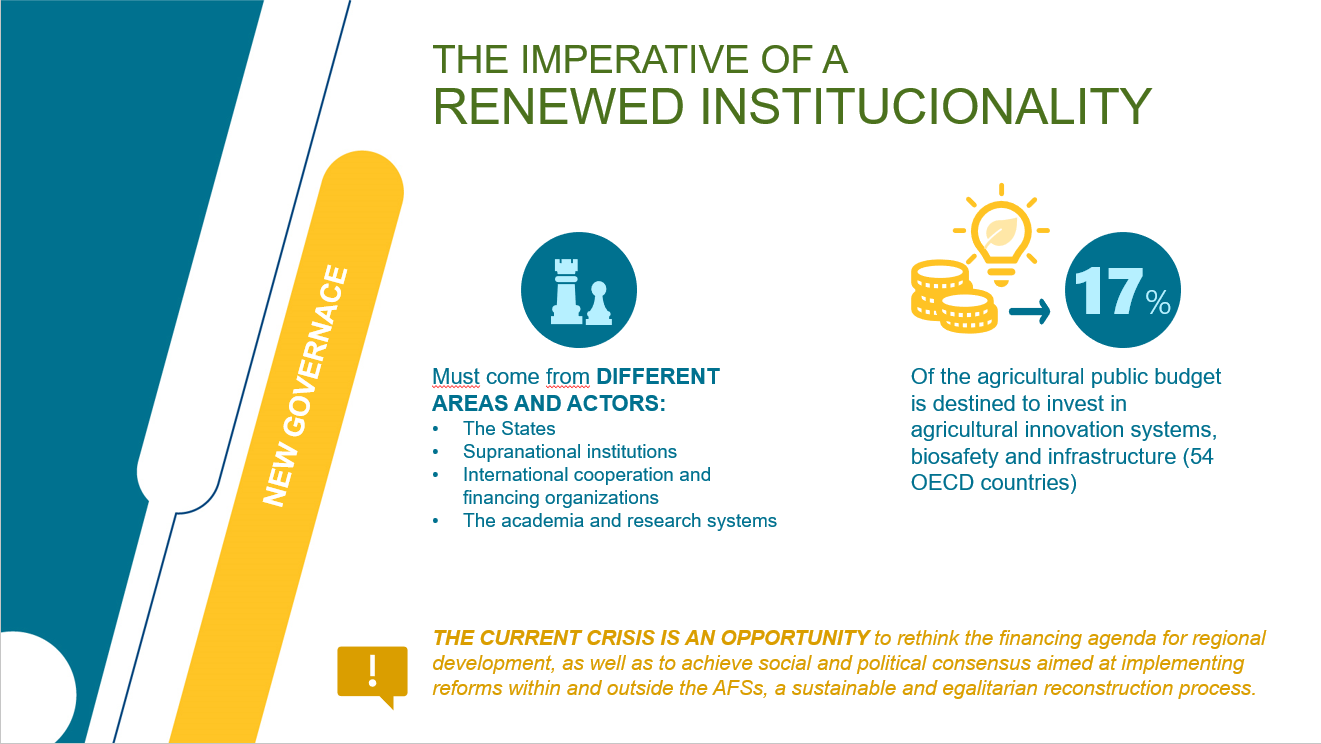 It is clear that we need a renewed institutional framework. Here I propose that this is a shortcoming of our policies. According to a study monitored by the OECD, only 17% of the public agricultural budget is earmarked for investments in innovation systems, biosecurity and infrastructure, despite the undeniable high financial and social return. I would like to stress that these institutional transformations are not exclusive to the State, but must also be supranational, with the active involvement of international cooperation and financing organizations, academia, and, of course, the research systems that are essential for generating knowledge on this agriculture that we are determined to transform. Thank you.

Joaquin Arias holds a PhD in agricultural economics from Oklahoma State University, United States. He is an international technical specialist from IICA's Center for Strategic Analysis (CAESPA), based in Panama.

Adrián Rodríguez  is PhD. in Agricultural Economics from Pennsylvania State University (Penn State), in the United States, Chief of the Agricultural Development and Biodiversity Unit at ECLAC, Chile.

Luiz Beduschi is an Agricultural Engineer, PhD in Environmental Sciences, Policy Officer in Territorial Development of the FAO Regional Office for Latin America and the Caribbean.

Note: The opinions expressed in this article are the responsibility of the authors and do not necessarily reflect the opinion of ECLAC, FAO or IICA.