Taking Stock after Six Months of COVID: How Can Trade Help Rebuild Better?

It has now been over six months since the WHO declared COVID-19 a global pandemic. Besides the enormous cost in terms of human lives, the global economy is being pushed to its worst recession in decades. The time passed allows us to better evaluate the economic and trade impact in different regions and sectors, and to reflect about how to help rebuild in a resilient and sustainable way.

The most recent IMF forecasts indicate that the global economy will contract by 4.4% in 2020. Among the developing regions, Latin America and the Caribbean will be hardest hit, with an output decline of 8.1%. While developed countries will also experience a dramatic recession (on average -5.8%), the largest economic and social damage is expected in the developing world, with between 90 and 120 million people pushed into extreme poverty.

COVID-19 has stopped—and even reversed—much of the progress made towards achieving the Sustainable Development Goals. In fact, UNDP estimates that this year global human development could fall for the first time since 1990, when the concept was first introduced and measured.

While world trade also experienced a sharp decrease in the first half of 2020, it seems that the worst-case scenario predicted earlier this year will not materialize. Agricultural trade, in particular, has proved to be surprisingly resilient: some sectors did suffer as a consequence of the bottlenecks faced (such as logistical issues), but in general world agricultural exports actually increased in the first part of the year. Moreover, while a number of countries first responded by banning or restricting their exports of foodstuffs, most of these measures were lifted after a short time. The FAO also reports that global production of staple foods is expected to grow, and that stocks remain at high levels.

It seems that the world managed to avert the much-feared threat of a global food crisis as it happened in 2007-2008. However, while COVID-19 has not had such a strong impact as expected on the availability of food, the resulting economic recession does threaten to constrain access to food for many. In fact, the director of the World Food Program warned in late July about the risk of increasing hunger and food insecurity in Latin America and the Caribbean, and IICA also found that several countries in the region have a high level of food vulnerability.

As governments step up their efforts to help their populations and rebuild their economies, the calls for these efforts to promote a sustainable recovery also increase. And trade can play an important role to help achieve this goal. The experience of these six months has shown that keeping markets open is crucial for countries to have access to food and important medical supplies. Trade policy can also be an important tool to promote sustainable development. For that, it also needs supportive multilateral rules.

There are two actions that the global trade community could do in the next months to support a sustainable recovery:

1. Concluding as soon as possible the negotiations to discipline fisheries subsidies: reducing these harmful subsidies would achieve SDG target 14.6, and contribute to ensure the sustainability of the world’s marine resources. The fact that WTO members have now started text-based negotiations in this area is very welcome.

2. Agreeing at the next WTO Ministerial Conference on concrete steps to reform agricultural trade: after a pause of several months, on 25 September WTO members also resumed the agriculture negotiations. An outcome in this area could contribute to SDG 2 and its specific targets, including ensuring sustainable food production systems.

Many governments have responded to the COVID-19 crisis with important amounts of support to the agricultural sector. While it is of vital importance to protect the livelihoods of farmers and ensure that they continue to produce food, it is also important to avoid an increase in policies that distort global markets or harm the environment. According to the OECD, a large share of the support policies that countries currently apply are of the most trade-distorting type, and also exacerbate the environmental impact of agriculture. An agreement to cut trade-distorting support would make resources available for more efficient investments that can help make the global food system more resilient, sustainable and productive.

Experience has also showed us that export bans and restrictions can threaten global food security. While the measures applied as a response to COVID-19 did not reach the proportions of 2007-2008 or provoke a global food crisis, this doesn’t mean that it could not happen in another future crisis scenario. Clearer and stronger WTO rules on export restrictions could help prevent this from happening.

A previous version of this article was published at https://login.mailingwork.de/-viewonline2/1593/8221/1977/SZcQvNla/jOMcXBYaco/1 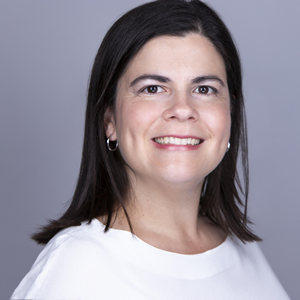 Adriana García Vargas is an economist, consultant and independent researcher specializing in international trade. She currently works in Frankfurt, Germany from where she supports the German Agency for International Cooperation (GIZ) and is a tutor of the Financial Risk Management course at the Frankfurt School for Finance and Administration.

Note: The opinions expressed in this article are the responsibility of the author and do not necessarily reflect the opinion of IICA